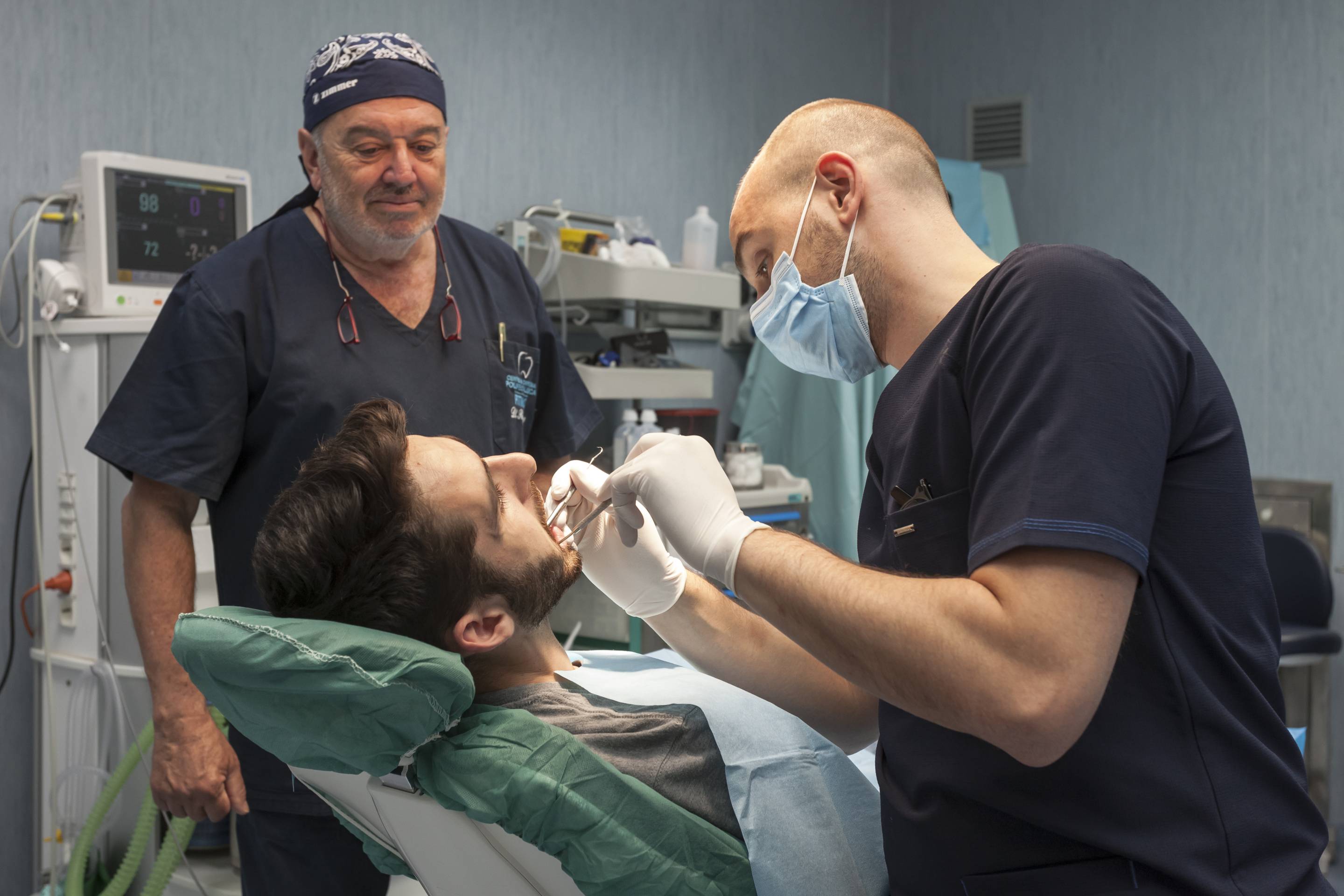 Periodontics is concerned with periodontal disease treatment, namely the anatomical and functional structure that supports the tooth, consisting of the alveolar bone, the gums, the root cementum and the periodontal ligament.

In addition to the fundamental support function offered by both the alveolar bone and the connective fibers of the periodontal ligament, the periodontium performs other important functions, such as gingival nutrition and dental restoration.
The most common pathology in this field is periodontal disease, which can be triggered by three different causes: genetic factors, microbial factors and mechanical factors (occlusal trauma, incorrect brushing, bad habits, orthodontic bands, misplaced prostheses, incongruous reconstructions...).
This pathology manifests itself through gingival inflammation (redness, pain, bleeding) and the loss of epithelial attachment, which results in gingival retraction. If ignored, it leads to bone — and eventually tooth — loss.

The therapies to be adopted generally depend on the causes that led to periodontal disease:

In any case, whatever the cause which led to periodontitis, and whatever the therapy undertaken, in order not to hinder all therapeutic efforts, it is important for the patient to maintain proper oral hygiene at home, as well as a series of periodic checks planned with the dentist.

This email address is being protected from spambots. You need JavaScript enabled to view it.